A Drug Class Could Save Your IQ 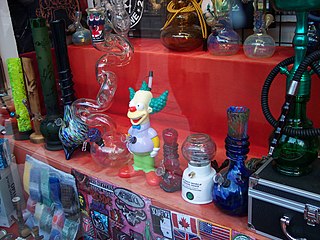 Believe me folks, marijuana is not referred to as “dope” for nothing. Anyone who ever has used marijuana knows it makes them dumber. The fact that so many of our nation’s youth smoke marijuana is terrifying. There is a pervasive feeling among adolescents that marijuana is not harmful.

Here is some scientific proof that you might not want to use marijuana, especially in your teens. As reported in teens.drugabuse.gov.

Smoking Away Your IQ

We already knew from past research that if you start smoking pot as a teen, you’ll be more likely to get addicted to pot as well as experiment with heavier drugs. Now, new research is showing that if you smoke marijuana heavily as a teenager, it can actually lower your IQ!

The results? Those who smoked weed heavily as teens showed mental decline even after they quit using the drug—and had, on average, an 8-point drop in their IQ scores. An 8-point loss could push a person of average intelligence into the lower third of testers. Those who started smoking pot after age 18 also showed some decline, but not as much.

This was an interesting study because it also collected information from people who knew the study participants. They reported that people who smoked marijuana heavily had more memory and attention problems and did not organize their lives as well, misplacing things and forgetting to keep appointments, pay bills, or return calls.

What does this show? How about the long-term effect marijuana can have on the teenage brain, which is still developing and still wiring itself to handle the onslaught of information it gets every day.

It is imperative that we use more drug classes to educate the kids that they will do damage if they use marijuana. We have to try and get them never to experiment in the first place. They should consider MIP Classes, some options can be found here: http://www.onlinedrugclass.com/MIPClass