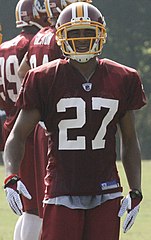 Have you ever heard the name Fred Smoot? If you are a fan of the National Football League and the Minnesota Vikings, his name most certainly will ring a bell.

Before December, 2012, the most notable attribution was that Smoot was a member of the Vikings and had orchestrated a sex party on a boat that got a bunch of people in a slew of trouble. As reported in www.sportsgrid.com.

I am glad to see he is maturing in his old age and enjoying his retirement. Last we heard from him, he was taking online courses to finish up his degree in communications. Then it gets interesting.

Police originally pulled over his Audi A7 because it had no tags. Smoot, who was the driver, was unable to produce registration tags. He then claimed that his temporary tags were wet because snow had gotten on them. Officers also happened to notice that his eyes were red and blurry, and performed a field sobriety test. Smoot was not sober and wobbled and did other drunk things before officers arrested him.

Then it gets downright funny. At the police station, Smoot refused a breathalyzer test twice while he was being booked. During processing, in the service area, while handcuffed, Smoot pissed his pants creating a puddle on the floor. One officer said he witnessed the urine running down his pant leg and onto the floor. Smoot did not express that he had to use the restroom.

Former NFL cornerback Fred Smoot last played in the NFL in 2009, capping off a nine-year career with the Washington Redskins and Minnesota Vikings.

I hope he is mandated to a good alcohol class and chooses sobriety. It is obvious he has a problem with alcohol.