Mixing Drugs Could Out You in Drug Class, or Worse! 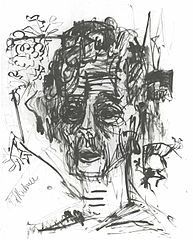 Drug use and addiction are both progressive diseases. One's use increases as the addiction sets in. Eventually, one drug is not enough and you start to combine drugs - marijuana and alcohol or cocaine and Vicodin.

Mixing drugs can be as simple as smoking a joint while drinking alcohol, but can be as dangerous as something referred to as poly drug use.

Poly drug use means someone who uses two or more psychoactive drugs at the same time to achieve a particular effect. In many cases, the user will take one drug as the base and use the other one(s) to compensate for the side effects of the first drug they took. They think it creates a sense of drug synergy and keeps them in the state of euphoria longer without any downfalls. It also helps them sustain the feeling as the first drug starts to taper off.

Would you consider a mixed drink like vodka and Red Bull to be poly drug use? There are some who think so.

It is undeniable that poly drug use carries much more risk than the single use of any other drug because it increases the side effects and drug interactions. Poly drug use is one of the quickest ways to suffer a drug overdose and yet is still one of the most commonly practiced methods of regular users.

If you or someone you care about is a poly drug user please seek help immediately. A drug class is a good place to start. If you prefer to maintain anonymity there are online drug classes too.