Can Ambien Get You a DUI? 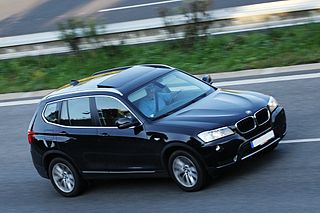 The stories of Florida nut jobs are legendary, so much so that they have spawned a host of fictional authors using the state and some of its residents as fodder for their novels.

Is this one of those cases? As reported in www.sun-sentinel.com.

Keep in mind – DUI stands for “driving under the influence.” Included in a DUI are all forms of drugs, including alcohol and prescription medication.

Circuit Judge Lynn Rosenthal was arrested and accused of driving to work at the Broward County courthouse while under the influence of drugs, striking a patrol car and repeatedly hitting the gate of the judges' parking lot with her BMW. It certainly does not sound very courtly. How would Rosenthal feel if she was confronted with a similar offender in her court? The judge was also accused of driving into a concrete median on Interstate 595 shortly before her arrest. Rosenthal admitted to taking an Ambien pill the night before and did not appear to have been drinking alcohol.

The arrest happened around 8:45 a.m., when Rosenthal's BMW SUV struck a parked Sheriff's Office vehicle in the parking lot.

The 56-year-old judge was driving a BMW X3 SUV that was still stopped at the entrance to the judges' parking lot between the courthouse and the Broward Main Jail when she was arrested. The driver's side rearview mirror was dangling on the side of the door, but there was no debris, indicating the damage to the mirror occurred before she reached the parking lot.

According to an arrest report, Rosenthal struck the parked patrol car with the passenger side of her SUV, then continued toward the security gate of the judges' parking lot. She struck the gate, put her vehicle in reverse, and then struck the gate several more times before a deputy at the scene stopped her, according to the report. She was described as unsteady on her feet and was speaking with a slurred voice.

There is the possibility Rosenthal will escape the DUI charge since Florida’s laws do not list Ambien as a drug capable of causing a DUI. We will see. In the meantime, I would hope the judge takes a 24 hour online drug program and discontinues Ambien for good.