Film has always had a strong impact on society and the different groups of people who exist within it. It’s the reason that hundreds of thousands of people flock to movie theaters every week and spend a lifetime quoting their favorites, reciting witty lines, dressing like their favorite characters, and even taking on a character’s persona. Movies can also have a negative effect on people who watch them for they have caused deaths, gun control issues, violence, and drug addictions. For some, it is difficult to separate real life from the world that they see in a two hour film.

All films are categorized into different genres: action, adventure, comedy, crime, drama, historical, horror, musicals, science fiction, war, and westerns just to cite a few. Within each genre there are subgenres and comedy has one that includes a variety of them. There are romantic comedies, slapstick comedies, black and white comedies, and there’s even something referred to as a stoner film.

The type of subgenre referred to as a stoner film is a movie that is centered around or based on the use of cannabis. Usually, these types of movie involve cannabis use in a funny or silly way and it’s almost always done in a positive way, which is why so many people watch these films and want to smoke. Some of the most popular films in this subgenre are the Cheech & Chong movies, Dazed and Confused, Half Baked, and Fast Times at Ridgemont High. The stoner film genre was extremely popular in the 80s, 90s, and early 2000s and isn’t seen nearly as much today.

Romantic comedies are another really popular subgenre of the same category and are one of the few that seems like it will never cease production. Romantic comedies typically involve a plot about falling in love, but include comical things throughout the journey to love. The couple almost always ends up together at the end of the movie, but encounters silly obstacles along the way. This remains such a popular subgenre because the message is timeless. People all over the world are falling in love every day, so it’s a topic everyone can connect with and enjoy a good laugh at the same time.

Each genre of film retains its own following of viewers and is often referred to as a cult following across many of them. Viewers are what keep film in the forefront of enjoyable activities and pastimes, in the past, now, and surely in the future too. 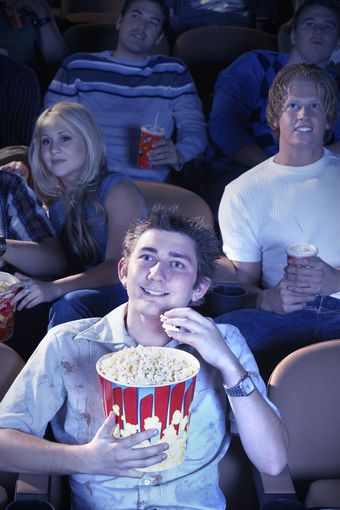