Drug use continues to be an unfortunate part of our culture throughout the United States and it only seems to be growing and expanding. Even though the law seems to be getting stricter on drug use and obtaining it, people still find ways to get them. Many people get their preferred drugs through a physician, but it’s important to remember that just because it’s attached to a prescription does not mean it’s safe. Prescription drugs needs to be taken only as they are prescribed and should never be shared because what works for one person will not necessarily work for another.

There are many different subsets of drug use because people use them for different reasons and include different kinds. This makes up a drug culture. There are different subcultures within the drug culture and these are defined as countercultures that are primarily defined by recreational drug use.

These subcultures come together because they unite different groups of people who share a common understanding of the meaning and value of the incorporation into one’s life of a specific drug. That shared value can be both negative and positive, but it is something that brings them all together in a drug culture.

These unities manifest themselves in many different ways and form types of cultures. Some people come together because they form friendships while using the drugs together. They follow the same set of rules of etiquette and enjoy taking drugs together. Other groups band together in order to help one another obtain drugs and avoid arrests. This type of culture looks out for one another, but also feeds each other’s addictions and dependencies. And lastly, groups form into a full-scale political movement for the reform of drug laws. All of these parts come together to make a drug culture.

Many subcultures are categorized by the different types of drugs people use. One of the most common and largest groups worldwide revolves around cannabis. Those who smoke this drug see themselves as staying close to nature. They support this argument by the fact that it’s a plant that grows from the earth. They support each other in their quest for drug law reform and it is widely believed that cannabis should be a legal substance in the United States.

Groups that revolve around heroin, narcotics, opiates, and methamphetamines are very different and typically cannabis users do not associate themselves with that type of drug use. 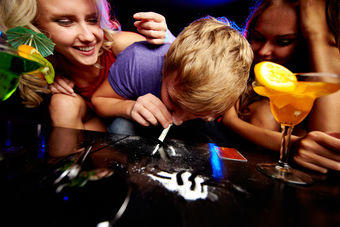