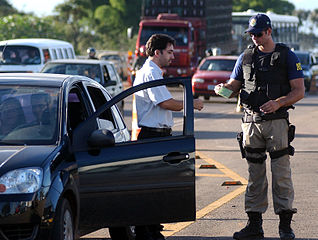 One stereotype of Brazil is a lush land with an Amazon Rain Forest that is second-to-none. Another common image is of girls in G-string bikinis dancing and partying to samba music.

Although I have never been to Brazil, I have heard that the party is on in Rio de Janeiro. As reported in www.sacbee.com.

How bad is the drug problem? It is not good that is for sure. How available are drugs in Rio? It is laughable how easy it is to purchase. In some areas you can by cocaine easier than a quart of milk!

Here packets of powdered cocaine and marijuana are priced at $5, $10, $25. Teenage boys with semiautomatic weapons took in money and made change while flirting with girls in belly-baring tops lounging nearby.

What is especially surprising in this metropolitan area of 12 million people is the complete absence of crack, the most addictive and destructive drug in the triad that fuels Rio's lucrative narcotics trade.

At one time crack ruled as the drug of choice in Brazil. There were so many users that instead of crack houses Brazil was home to not one, but hundreds of “crack towns.” Here “crack heads” lived in utter oblivion with ready access to drugs 24-7. They would get high and stay until they ready to load up again. Hordes of addicts lived in cardboard shacks and filthy blankets, scrambling for cash and a fix.

This is the first in a series of blogs on Brazil and its drug problems.