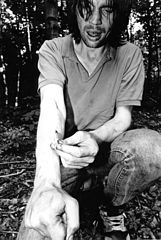 This is the third in a series of blogs addressing the current epidemic increase in the use of heroin. In the previous blog we looked at how heroin has made its way out of the ghettos and into middle class and even upper class neighborhoods.

Did you know that last year in Portland, Maine heroin killed 21 people? That is three times as many as in 2011. New Hampshire recorded 40 deaths from heroin overdoses last year, up from just 7 a decade ago. In Vermont, the Health Department reported that 914 people were treated for heroin abuse last year, up from 654 the year before, an increase of almost 40 percent. As reported in www.nytimes.com.

Vermont police believe that their number one problem is heroin.

One reason for the rise in heroin use is the restrictions on doctors in prescribing painkillers. The tightened supply of pain pills, and physical changes that made them harder to crush and snort for a quick high, have diverted many users to heroin, which is much cheaper and easier to get.

Doctors are part of the problem. All over the country there are doctors who have been overprescribing painkillers, which can be gateway drugs to heroin.

One doctor who described the heroin problem as a bad epidemic has treated many 21-, 22-year-old pregnant women with intravenous heroin addiction.

If you or someone you care about used heroin, please seek help immediately. A drug class is a good place to start. If you prefer to maintain anonymity, take an 8 hour online drug class.