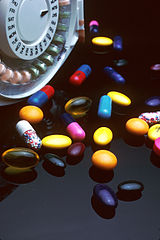 Could the headline above possibly be true? Are doctors actually creating a need for more drug classes? In essence, the question is, are they fueling their patient’s chemical dependence issues. The answer to all of these is a resounding yes!

A recent study conducted in the state of New Jersey uncovered a serious problem with doctors shuttling patients around to help them get many different prescriptions. That, to me, is inconceivable and completely reprehensible. As reported in www.thedailyjournal.com.

Just how condemning was the study on these doctors? The report says the doctors told patients they could either consume the drugs themselves or sell them on the street, and then handed out a $10 gift card as thanks for coming in.

The doctor then billed government health insurance, netting $1.4 million, and funneled the money to associates with whom he was working who were linked to Russian organized crime.

The doctor moved his operation several times around the state — with one facility becoming so overrun with drug addicts that a bouncer was hired — over drug use on-site.

Can you believe the audacity? That is totally nuts. These doctors not only should lose their license to practice medicine but should spend a significant amount of time behind bars. What do you think?