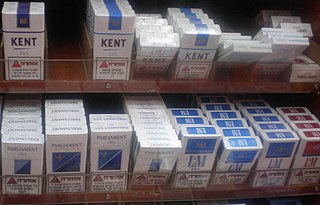 Just how devastating is tobacco use on society? Let’s take a look at our nation’s smallest state – Rhode Island. This tiny little state is almost like a hamlet on the fringe of New York.

Despite its size, it is a perfect microcosm for our nation. As reported in www.thewesterlysun.com.

One of the primary efforts to curb youth tobacco use has been to levy extremely high excise taxes on cigarettes, cigars and dip. While efforts to curb cigarette sales to young people seem to be working, new products in the smokeless tobacco market present a growing problem.

It’s like a huge area of products that are popping into the market almost by the minute every day. They are very cheap, because they don’t get levied similar excise taxes like the cigarettes. These products are being sold as cheap as a dollar a piece, and that makes them very affordable for everybody to use. Cigarettes are fast being replaced by the emerging smokeless tobacco products.

In its 2012 “State of Tobacco Control” survey, the American Lung Association says that smoking costs Rhode Island “close to $870 million in economic costs every year.”

The organization praises the state for its high cigarette tax and smoking restrictions, but gives it an “F” for not spending more on tobacco prevention control and smoking cessation programs. Here again, Rhode Island is a microcosm of the country.

Hopefully we will find a way to better fund anti-tobacco efforts. If you can stop kids before they ever start you will win the war on tobacco.