Rip Torn and Mischa Barton Should Have Taken an Alcohol Class 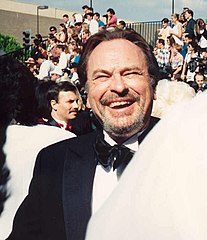 There are many celebrities that do not comport themselves in a manner worthy of being role models. Nevertheless, given America’s love of celebrity they are role models all the same. This is the 11th in a series of blogs exposing celebrity Dui and alcohol-related incidents.

Rip Torn – Who could ever forget Torn as Artie on The Larry Sanders Show? Torn is a man of many talents. Unfortunately, one of these talents is getting busted for alcohol-related incidents. The co-star of the Hollywood blockbuster Men in Black was arrested for both DUI and public intoxication. I do not know what is more embarrassing, the fact that he was arrested being drunk in a bank carrying a loaded gun or his mug shot. What do you think?

Mischa Barton – As hideous as Torn looked in his mug shot, the uber-attractive Barton looked good in her mug shot. This is even after the O.C. star was arrested for DUI and no driver’s license. She admitted to Ryan Seacrest she was guilty and would never have this happen to her again. To her credit this 2007 incident was the last alcohol-related incident on her record.

Torn died still a victim of his alcoholism. It looks like alcohol classes and counseling, along with a determination to stay sober has kept Barton clean.