Take an 8 Hour Drug Course Before Attending a Rave 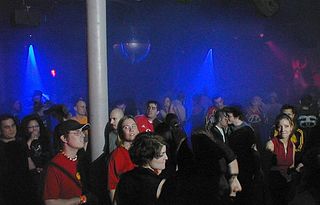 Have you ever heard of “raves?” Have you ever been to one? Odds are that if you are a heavy partier you have been to a rave.

Raves have been a popular social activity for decades, although many see it as merely a place to use drugs and dance. The term rave first came about in the 1950s in Britain and it referred to the wild bohemian parties that were taking place at the time. It was briefly revived in the 1960s and 70s, but didn’t truly come back into fashion until the illegal London warehouse party scene in the mid-80s.

Raves, as they are known in the United States, originated mostly from acid house parties featuring electronic music and light and laser shows. Psychedelic drugs are certainly being used by a high percentage of the partygoers.

Some of the more popular drugs being used at raves include ecstasy, marijuana, LSD, MDMA, ketamine, and amphetamine.

As a parent would you want your child attending a rave? There are movements about to severely punish those hosting rave parties but any real legislation is a long ways off. Take an 8 hour drug class instead of going to a rave.