Could Selena Gomez Use a Drug Class? 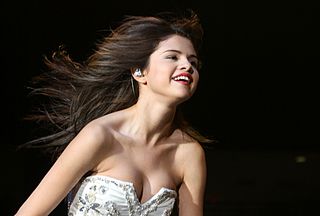 Is any Hollywood celebrity immune from the accusations of drug and alcohol abuse? Now, even one of my favorite young performers is being accused. I say accused not because I am defending her, but because it is uncertain if she really is using drugs. I am speaking about Selena Gomez.

This news really shocked me. According to a latest report by Celebs Gather, Selena Gomez – the female version of Justin Bieber – and his girlfriend, enjoys using the drug Ecstasy. Ironically, Gomez is starring in a movie called “Behaving Badly” and it is her costars who seem to be spreading the rumor. One report had her taking to tabs of the drug in pill form. As reported in www.celebdirtylaundry.com.

It turns out that these rumors are blatantly false, and that it is not Gomez using Ecstasy but her character in the film. I, for one, am glad that this rumor turned out to be false. It is just another case of the Hollywood media machine churning out whatever garbage it thinks will generate interest.

I am not sure if Gomez and Bieber are still dating, but I sure do think they make a clean and wholesome-looking young couple. Don’t you?