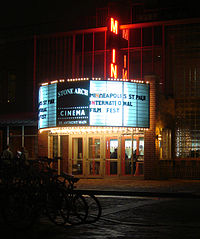 It is an unfortunate reality that Hollywood often has a strong influence on society and often how people behave. There is no doubt that society and what it likes also influences what types of films and characters are popularized.

Film has always had a strong impact on society and the different groups of people who exist within it. Movies can have a negative effect on people who watch them for they have caused deaths, gun control issues, violence, and drug addictions. For some, it is difficult to separate real life from the world that they see in a two hour film.

There are many genres of films including romantic comedies, slapstick comedies, black and white comedies, and there’s even something referred to as a stoner film.

The type of sub-genre referred to as a stoner films is a movie that is centered around or based on the use of marijuana. Usually, these types of movie involve cannabis use in a funny or silly way and it’s almost always done in a positive way, which is why so many people watch these films and want to smoke. Some of the most popular films in this sub-genre are the Cheech & Chong movies, “Dazed and Confused”, “Half Baked”, and “Fast Times at Ridgemont High”. One of the most popular television shows over the past decade was Showtime’s “Weeds”.

These shows glorify marijuana use in ways that can seriously cause aberrant behavior among some viewers. What do you think about “stoner films?”