Underage Drug Classes Could Be a Result of Tragic Death 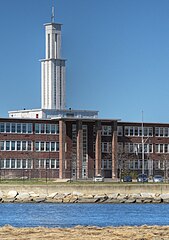 As a counselor for both in-class and online drug classes I am very aware of the devastation alcohol and drug abuse has on people. It is always nice to see something positive come from a tragic loss. Get ready for a positive story.

Two months after one of his teenage friends died while drinking at a college party, the truth sank in for one of his friends. As reported in www.necn.com.

Savannah Jones was trying to cope with the loss of her good friend, 18-year-old William Torrance. She would never again share in his company. She kept wondering why did he have to drink the night he died, why didn't he think about what his family would go through if something happened to him, and finally why did God let this happen?

Torrance, a Center Grove High School graduate, was found dead Feb. 17 at Vincennes University, where he was a full-time student. Witnesses had seen him drinking the night before, and his blood-alcohol level was 0.28 percent the night he died. The cause of death was ruled a heart attack precipitated by alcohol intoxication, Vincennes Police Chief Dustin Luking said.

Jones said she had trouble accepting the news.

Jones had never known Torrance to drink, and sometimes when she thought about what had happened she felt disappointed and even angry with him. At the same time, she understands the pressure he may have felt.

She has been offered drugs and alcohol before, and while she's turned them down, sometimes the offers are tempting, Jones said. Along with peer pressure, sometimes she's curious what friends or family members she sees drinking are feeling, she said.

"It's hard to say 'no,' but with William's passing it got a lot easier," she said.

Later this month, W.I.L.L. Power is sponsoring a charity car, truck and motorcycle benefit ride that will begin in Franklin and end in Bargersville. Jones is trying to create a memorial fund through the Johnson County Community Foundation, and the ride will help raise the $2,500 needed to start the fund.

Torrance was an Eagle Scout who was active in community and youth groups such as DeMolay, and the money in the memorial will be used to sponsor groups doing community service work in Johnson County, Jones said.