There are numerous substances that are illegal to possess. The specific drug and the amount you have will determine the course of punishment. Possible penalties for containing illegal drugs include citations, jail time, or a prison sentence. In fact, drug violations account for more arrests than any other type of crime, according to the FBI. If you or someone you know suffers from an illegal drug problem, we urge you to read further.

According to NIH, the following are the most commonly abused illegal drugs:

Carrying illegal drugs can result in a range of consequences. Not only are you breaking the law, but you are also jeopardizing your own well-being. Typical health problems associated with illegal drugs include:

Your particular location (i.e. town, city, or state where you were cited) will generally affect your punishment for using, having, or selling illegal drugs. However, the following is a list of common reprimands for being involved with illegal substances:

Fines for involvement with illegal drugs can range from hundreds to thousands to even millions of dollars. While you could potentially spend days, weeks, months or years in jail for being connected to an illegal substance, a prison sentence could result in months, years, life, and in some extreme cases, the death penalty.

There are various factors that will weigh on your sentencing. For example, the amount of times you've been arrested will affect whether you pay a small fine, serve jail time, or go to prison. Obviously, the more times you're caught with a specific drug, the greater the likelihood that you will face harsher sentencing.

Other elements considered when determining a decision in an illegal substance case are: whether the drug was being sold, transported, or used, as well as the amount of drug in question.

As you can see, hazardous outcomes arise when dealing with illegal substances. Whether you pay a fine, get put behind bars, or damage your health, you are at risk when you get involved with illegal drugs. If you or someone you know currently suffers from a drug addiction, we recommend seeking treatment immediately . 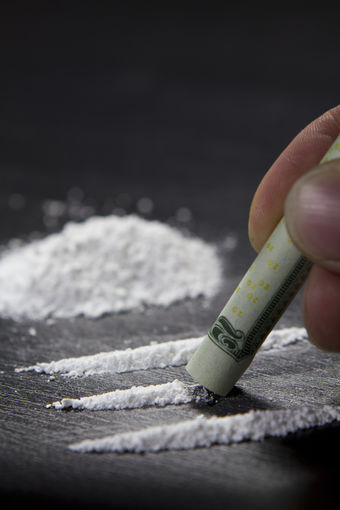