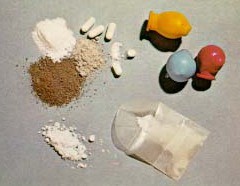 When you think about the term “drug abuse” what comes to mind? As a counselor for in person and online drug and alcohol treatment classes, I often discuss this term with my students. You might not be surprised to know that the majority of my students associate “drug abuse” with some drug-addicted homeless guy under a bridge.

There is not one person who experiments with drugs with the expectation or aspiration to become a drug addict.

Many people start out using drugs casually at school or social settings because they feel that is what is expected of them in those situations. For some, this remains a social a recreational thing that ends after high school or in their early 20s.

For others, however, it becomes a problem.

Recreational use and social experimentation can easily turn into excessive use and abuse. This can happen when the recreational user “uses” to deal with anxiety or every day stresses in life. It becomes a coping mechanism for many, which results in drug abuse a lot of the time. Others find themselves using drugs to deal with challenging work, obtain self-fulfillment, or to satisfy personal relationships.

Drug abuse is very common. From alcohol and illegal drugs like heroin, cocaine or marijuana to legally prescribed drugs like Adderall and painkillers, America’s drug abuse problem is rampant. What started out as recreational use, turned into recreational over-use, which became an addiction. Now the addiction is drug abuse.

What can you do?

It is ever-so-difficult to stand up to a friend, family member or coworker regarding a possible problem.

As a friend, family, member, or coworker it is important to listen to each other and to pay attention to signs or symptoms. However, in many cases, severe drug abuse can be prevented or stopped before it becomes dangerous, but it takes you being aware of the people around you.

Obviously, when confronting someone about a possible drug abuse situation, it is something you want to tread lightly with from the very beginning. However, being an aware friend who pays attention to those around them is the best thing we can all offer when it comes to any type of drug abuse.