This is the second in a series of blogs dealing with celebrities who got in trouble with drugs and modeled very poor behavior for their adoring public. Keep in mind that America’s love of celebrities helped create the problem.

Here are a few celebrities that need drug classes.

Scott Storch – Best known as the producer for such hip-hop artists like Dr Dre, Chris Brown and Ludacris, he was booked in Las Vegas for felony possession of cocaine. 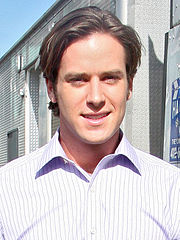 Jermaine “Huggy” Hopkins – The one-time star of the hit Lean on Me is headed to jail for quite some time. He was arrested in a police drug sting in Phoenix, Arizona with more than 200 pounds of weed. From actor to pot dealer, I hope Huggy gets a drug class and works toward a sober lifestyle.

None of these young individuals showed any smarts. I hope they all take 15 hour drug classes and seek counseling to help keep them drug-free.