They say you are who you hang around with. A person’s friends and colleagues are somehow definitive of the character of the person. Sometimes you become a celebrity just by hanging around celebrities.

This is the third in a series of blog entries that examines drug behavior among our nation’s celebrities.

Conrad Murray – The poster-child of being a celebrity because he was pop star Michael Jackson’s private prescription writer. This guy should have known better than to provide Jacko with a lethal cocktail of prescription medication. His guilt was confirmed by a jury and he is currently serving the maximum sentence for his behavior – four years in the pokey.

Bonnie Pointer – One of the beautiful and talented member of the bank the Pointer Sisters, Bonnie was arrested when police found rock cocaine in her car during a traffic stop. A drug class and counseling could help her get clean and sober. 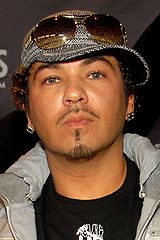 Paul Wall & Baby Bash – How could a guy named “Baby Bash” have drug issues? Both Baby and his buddy Wall are rappers. Is it a big surprise they were arrested for possession of marijuana in Texas? Not ashamed of their behavior the dynamic duo Tweeted a photo of themselves being arrested.

Sad behavior from a trio of “celebrities.” Murray should know better, the other soon-to-be-forgottens had better take a drug class and work toward becoming sober.