Josh Hamilton is Textbook Case for Drug and Alcohol Classes 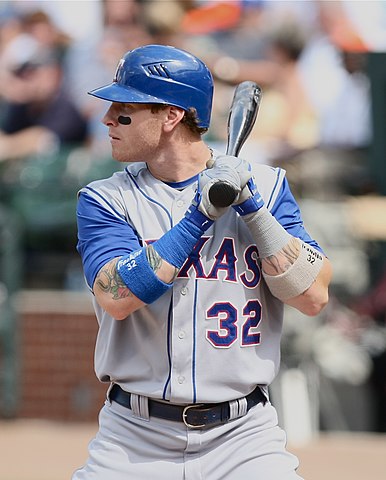 Many of you who are regular readers of my blog know what a big sports fan I am. You also know that I am a counselor for both in-class and online drug classes. Ultimately I am a huge fan of addicts overcoming their substance abuse problems to achieve their God-given talent.

I have blogged many times about Texas rangers outfielder Josh Hamilton. The story of Hamilton's rise from drug addict to American League MVP has been told almost everywhere. Now it is going to be a feature film. This according to USA Today.

Hamilton has granted rights to Thunder Road Pictures to shop a movie about him that will be written and directed by Casey Affleck, Ben's younger brother.

Hamilton’s story is one of the most inspiring stories. It would be like a combined mythic quality of The Natural, the faith-based angle of The Blind Side, and faith is a major part of our story, and the romance of Walk the Line.

Casey Affleck (also starred in Good Will Hunting with his brother and Matt Damon) has totally captured those elements in his take for the movie. It is an extraordinary odyssey that took him from the depths of drug addiction, estrangement from his family and suspension from baseball to a spectacular rebirth of his life, faith, marriage and major league career."

Hamilton, the No. 1 overall pick by the Tampa Bay Devil Rays in 1999, was derailed by substance abuse. He resurrected his career with the Cincinnati Reds and Texas Rangers starting in 2007 and is now a perennial All-Star with Texas.

He has had two well-publicized slips back to drinking, most recently in February.

This is definitely one film I look forward to seeing.