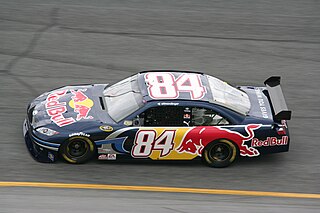 Do not let that headline fool you. Dale Earnhardt Jr., one of NASCAR’s most beloved racers does not have a drug problem. But the last thing he or any other NASCAR driver wants is to have to worry that one of their own may be high on drugs during a race.

This all came to a head when AJ Allmendinger failed a drug test and was suspended mere hours before a race.

When word spread through the NASCAR garage Allmendinger has been suspended for a failed drug test, Dale Earnhardt Jr. was curious and nervous.

He wasn’t nervous because he was worried about being tested. He was curious about how any driver could test positive and the implications for a sport in which he says everyone must be clean.

The lack of details in regards to Allmendinger — NASCAR has not disclosed the drug or announced anything except that his initial test from June 29 came back positive — has drivers wondering what happened and how a driver could be suspended just a few hours prior to the race at Daytona. This as reported in the sporting news.

All of NASCAR racers are hoping that somehow this is a mistake and will be explained away easily.

Drivers don’t necessarily live in fear of NASCAR’s drug policy, but admit that Allmendinger’s positive test is nerve-wracking with the lack of information that has been released. NASCAR lists more than 100 drugs in its rulebook that would be considered a violation of the policy, but it emphasizes that the list is not all-inclusive and a mix of drugs that normally would be OK could result in a violation.

It has been speculated that he tested positive for a stimulant. NASCAR defines a stimulant as “amphetamine, methamphetamine, Ecstasy (MDMA), Eve (MDEA), MDA, PMA, Phentermine, and other amphetamine derivatives and related compounds.”

This is especially frightening because they guys are hauling around the track upwards of 200 miles per hour. As a life-ling NASCAR fan I hope this turns out to be nothing. Would a drug class have helped him? Does NASCAR need to mandate a drug class for all of its drivers to educate them on the drugs they cannot use? What do you think?