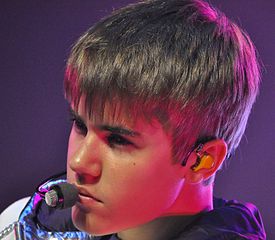 Looks like adorable, little Justin Bieber is all grown up. Perhaps he is taking his break-up with Selena Gomez hard, but it looks like The Biebs is starting to experiment with drugs. Back on March 29th numerous photos came out with Bieber and his pals smoking marijuana.

Justin Bieber's friends have reportedly taken over his Calabasas home to throw an alcohol and pot party while the singer was out of town last week. As reported in news.softpedia.com.

Some 40 girls and several of the singers' male friends have been invited to the even, a party still raging at 2 AM.

There are numerous snapshots on the Internet taken as the party was just about to end. They reveal a bong, beer bottles and liquor lying all around Bieber's mansion. An unidentified guest sits in front of a portrait of Bob Marley, the same piece that shows up in the backdrop of one of Lil Twist's recent Instagram photos.

The 20-year-old rapper is believed to have set up the drug-filled bash and there are photos of him and Bieber smoking marijuana back in January. Bieber, 18, has since apologized to fans for his behavior, expressing how much their opinion means to him in a series of Twitter posts.

It is evident Bieber and his pals need a good 8 hour drug class.