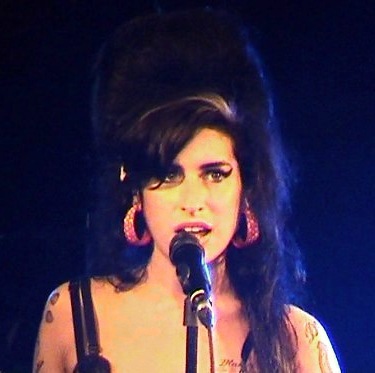 After his daughter passed away at the age of 27 recently, Amy Winehouse’s father tried to hide the fact that she suffered from alcohol and drug abuse. The facts were overwhelming, however, and now Mitch Winehouse is coming clean (no pun intended).

Mitch admits he has a hard time enjoying her breakthrough "Back to Black" album because the songs are about her ex-husband. He blames Blake Fielder-Civil for leading her into drug abuse, and he details her long decline in a new memoir, "Amy, My Daughter."

Amy Winehouse, whose "Back to Black" disc sold more than 20 million copies worldwide and won a Grammy Award for album of the year in 2008, died of accidental alcohol poisoning in July 2011. This reported in Oregon Live.

Many Attempts at Rehab

Winehouse recalls his daughter as a girl writing into a notebook phrases that later turned up in songs and his pride as her singing talent became evident. But most of the book is about a seemingly endless cycle of attempted recoveries and relapses as she battled drugs and alcohol.

Vanity also played an important part in her drug and alcohol abuse. Winehouse also says that his daughter suffered from stage fright throughout her career. She had breast enlargement surgery more than a year before her death and considered plastic surgery on her nose.

Amy Winehouse married Fielder-Civil in 2007. They divorced in 2009.

Some friends believed that Winehouse grew to dislike singing the songs on "Back to Black" because they reminded her of her ex-husband and that was one reason she drank so much before she performed. Tape of a drunken Winehouse stumbling through a set months before she died became a great embarrassment to her after it spread widely on the Internet.

Amy Winehouse had always been a strong willed woman. One thing she could not control was her addictions. That ended up being tragic. Don’t let this happen to you or someone you love. Take an alcohol drug class or get counseling ASAP.